A-frame homes have long been beloved for their unique, triangular silhouette that typically begins right near the foundation line, and their soaring ceilings which often extend up to the rafters. During the 19th century, various forms of A-frame buildings were constructed primarily for use as utilitarian structures, like cooking houses and peasant cottages, throughout Europe, China, and the South Pacific Islands. But it wasn’t until the 1930s that A-frames became a popular style of American home.

The popularity of the modern American A-frame dwelling that we know and love today can be traced back to a single house designed by Rudolph Schindler in 1934. Coincidentally built in Lake Arrowhead, California, Schindler designed the residence as a vacation home for Gisela Bennati.

The housing tract that Schindler was tasked with designing the home on required that all cabins be built in “Norman style,” a Romanesque architectural style developed by the Normans in the 11th and 12th centuries. When Schindler drafted his first sketches of the home, which featured a roofline that extended to the ground, the art jury was skeptical that it was in line with Norman-style homes. 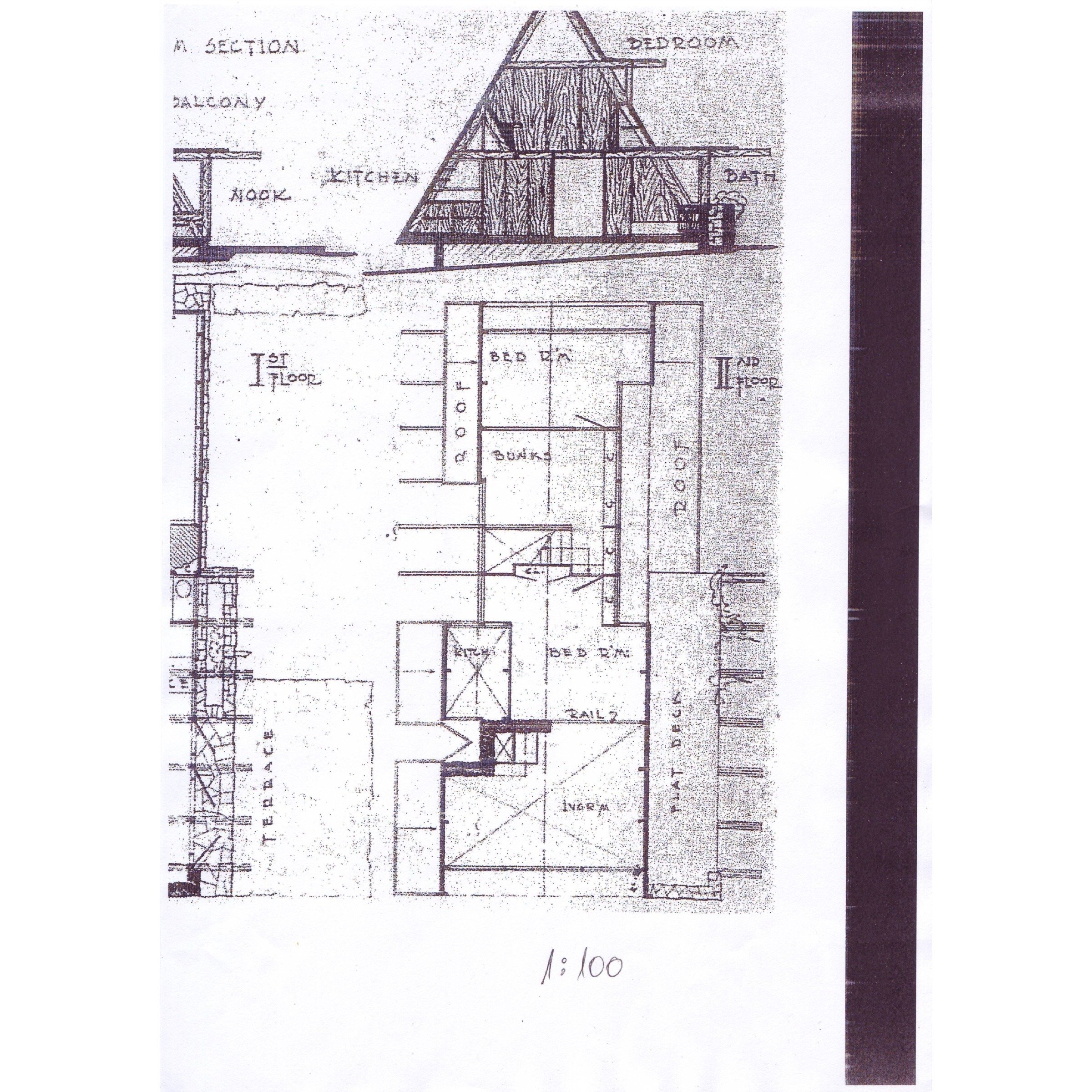 To prove otherwise, Schindler presented various prints created by European landscape and architecture artist Atkinson Fox, depicting homes with steep-pitched rooflines akin to Schindler’s design. Since no one on the jury had been to Normandy, they were unable to contest Schindler’s assertions that his design aligned with the style, so they gave him the green light to build it.

The home was built on a slope using local stone and plywood, an emerging industrial building material at the time. Rudolph designed it with a glazed gable end oriented toward the location’s beautiful view and an open floor plan that would become characteristic of modern A-frame homes to come.

Despite widespread reverence for Schindler’s original A-frame design, it wasn’t until Americans enjoyed the prosperity of the post-WWII era that these houses, mostly designed as vacation homes, became widely popular. Throughout the 1950s, the style exploded, with a variety of new and established architects experimenting with the style, particularly in northern California. Architect John Campbell’s version of the A-frame, dubbed the Leisure House, is largely attributed as being the genesis of nationwide interest in the style.

With its plywood exterior and clean white interior, complete with butterfly chairs and tatami mats, the home was modernist purity at its finest. He exhibited a full-sized model of the home at the San Francisco Arts Festival in 1951, which resulted in many people requesting he build something similar for them. Campbell ended up developing an affordable, precut kit for the home, containing everything one needed to construct it on their own, which became immensely popular across the country.

By the end of the 1950s, trade associations and building manufacturers who reaped large financial benefits from the decade’s housing boom followed Campbell’s lead. They teamed up with local builders and hardware stores to offer precut vacation-home kits of their own, many of which featured variations of the iconic modern A-frame style that Rudolph Schindler pioneered with the Bennati House.

Today, A-frame houses continue to be revered for their elegant simplicity, indoor-outdoor harmony, and expansive open floor plans that can be tailored to any lifestyle and aesthetic.

Love A-frame homes as much as we do? Check out all A-frame homes for sale across the nation, or take a peek at our Curated Collection: Affordable A-Frames to find A-Frame cabins all at an affordable price.

You have two basic options when it comes to building a cabin home: you can build it from scratch or you can go with a prefabricated or modular home. Each comes with distinct advantages and disadvantages.

10 Perfect Places to Rent or Buy a Cabin Right Now

To help you hone in on the best locale to make all your cabin dreams come true, we outlined our favorite cabin destinations from coast to coast.

With COVID-19 taking over the globe this year, people seem more inspired than ever to forgo city life in favor of a more socially distanced lifestyle that perfectly lends itself to cabin living. Here's why.

How to Select the Best Wood for Your Log Cabin